Rambo before his time

In my Vietnam memoir, Shrapnel Wounds, I mentioned a machine gunner in my platoon who I referred to as ‘ Rambo before his time.’ We lost track of each other when I was medevaced and when we returned to the states and tried to pull our lives together. As he put it, ‘The army trained us for combat, not for coming home from combat.’ That soldier, Bill Cline, and I were able to reunite five years back and only then did I learn that the army had failed to provide any recognition to Bill for his heroic actions in combat and a full year on the line and in the mud.

With his permission, and two witness statements, I was able to encourage the army to address this failure. This past week Congressman Wittman of Virginia  awarded  Bill the Bronze Star with V device for his heroism in combat on Nov. 11th, 1966. It was recognition 54 years past due. I was able to attend the ceremony at VFW post 9808 in Mechanicsville, Virginia, as Bill was presented the medal. The folks at the VFW did a first class job for Bill.

One of the witnesses who couldn’t attend, Nat ‘Tumbleweed’ Miller, a Texas cowboy and our constant point man, sent a text to Bill during the ceremony saying, “I’m walking point for you.” 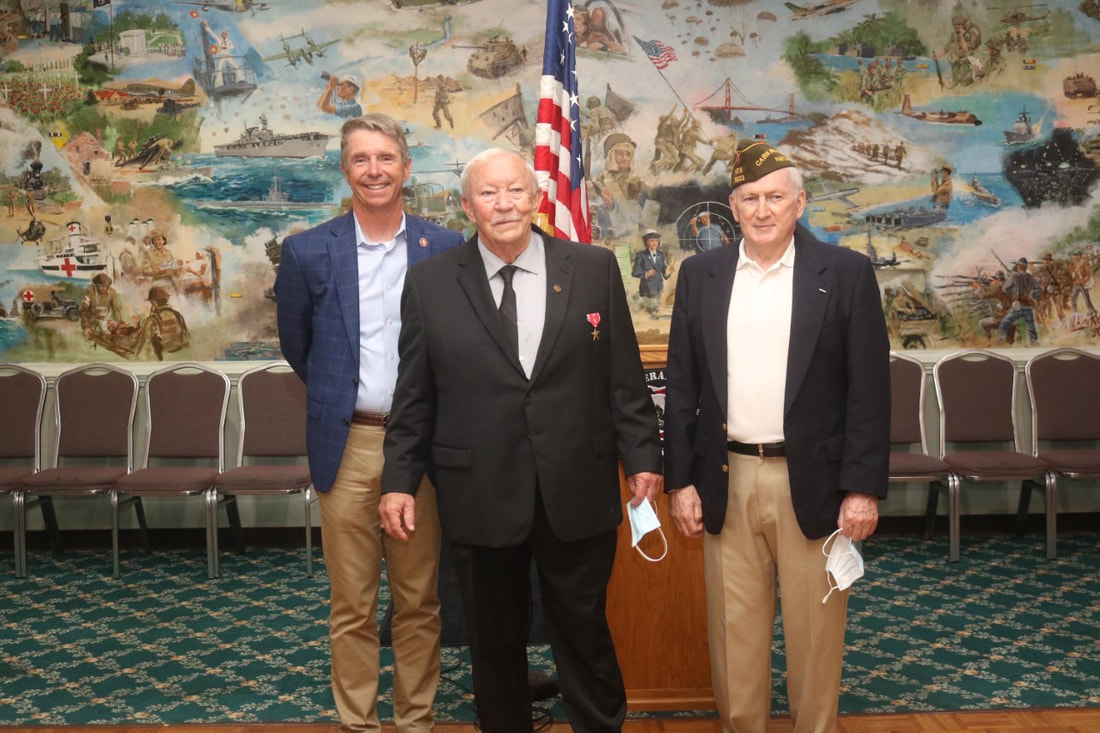 October 13, 2017
I’ve received notice that my article, Merrill’s Marauders in the China-Burma-India Theatre (1944), has been included in the fall issue of World War II Quarterly, which will be released in late October. The archival pictures here include Col. Hunter briefing Gen. Stilwell at Myitkyina airfield on May 17, 1944. The officer looking on is Col. Kinnison.

The photo of Gen. Stilwell awarding medals to a number of the Marauders was taken on a follow-up visit he made to the airstrip some days later and shows, probably more than was intended by the PR folks, the desperate condition the troops were in when they completed their battle/marathon trek and captured the airfield. Unfortunately, though they had been promised that capturing the airfield would be their last objective, the promise was broken and those few that were at all able were kept on the line for another three months before the Marauders were disbanded.

World War II Quarterly is published in hardcover and sold on a subscription basis. This latest issue should be available the end of October. Individual copies are available on line at www.historynet.com
​
My other works are available at www.amazon.com or at ​www.downandout books.com  under my name in the books section.

November 13, 2016
I’m happy to announce that my Vietnam Memoir, ‘Shrapnel Wounds’ has been placed on the Autumn 2016 recommended reading list by the Military Writer’s Society of America.
They have many good books to chose from and I’m very pleased with this honor.

September 6, 2016
I've been exploring military history and am happy to say I've had my first piece on the WWII general 'Vinegar Joe' Stilwell was posted on Amazon. As an update, the publishing house for this article recently closed so the article is no longer on Amazon. Any reader that desires an e-copy can receive one by contacting me through the contact section. 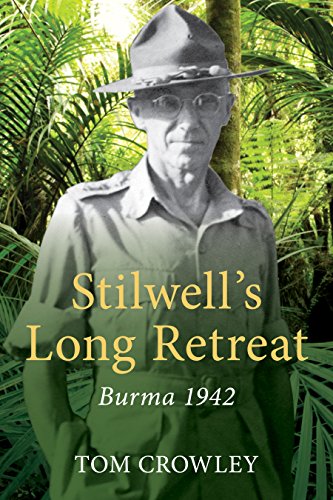 May 13, 2016
Remembering is important. This past Easter morning we gathered at the Hoc Mon bridge site, just north of Saigon, where forty-eight young American soldiers of the 4th battalion, 9th Infantry regiment died in battle on the morning of March 2nd 1968. I’m second left in the picture with five other grunts (infantry soldiers) who served in the battalion in Vietnam, all of us were wounded in action during our tour. We placed some flowers, burned some joss sticks and said some prayers. If cameras could show spirits you would see the forty-eight young men gathered around us.

The bridge back then was just a simple wooden structure on a dirt road in a rural setting of palm and banana plantations intersected by canals leading to the Saigon river. It was ten kilometers into the countryside. Urban Saigon has now grown out to embrace the area but for us the ground is still sacred. These visits started in 1998 initiated by Willie Dixon, second right, who runs the web site for the Regiment’s Vietnam Veterans, www.manchu.org . Manchu is the regiment’s nickname, awarded by the army for it’s service as part of the China Relief Expedition leading the relief of Tientsin, Yang-Tsun and Peking during the Boxer rebellion in China at the end of the nineteenth century.

We will continue to remember and honor those who didn’t come home. 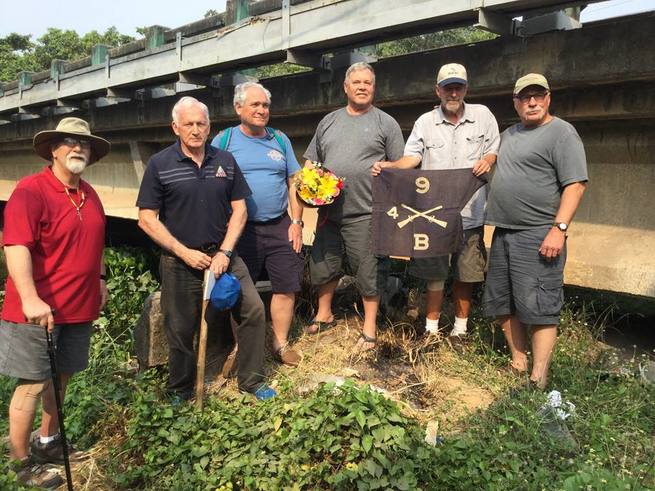